I am exhibiting the following images; 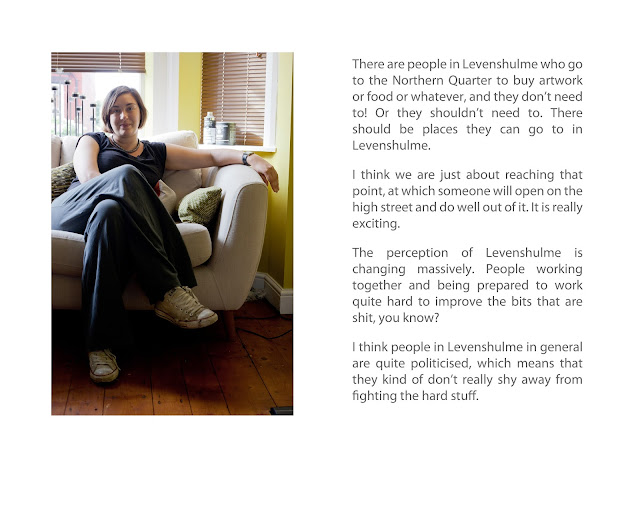 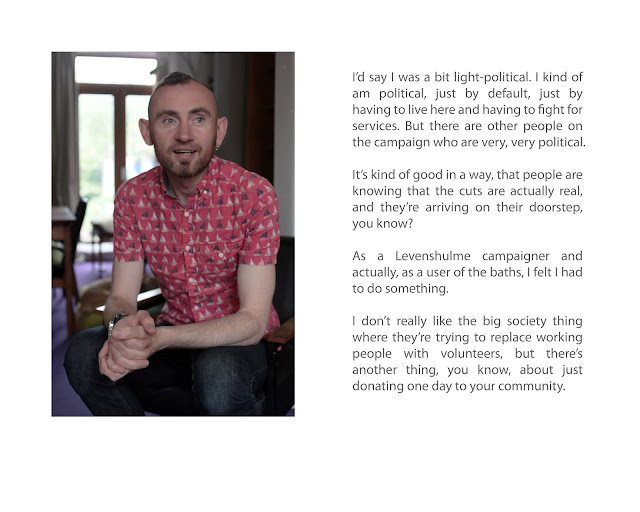 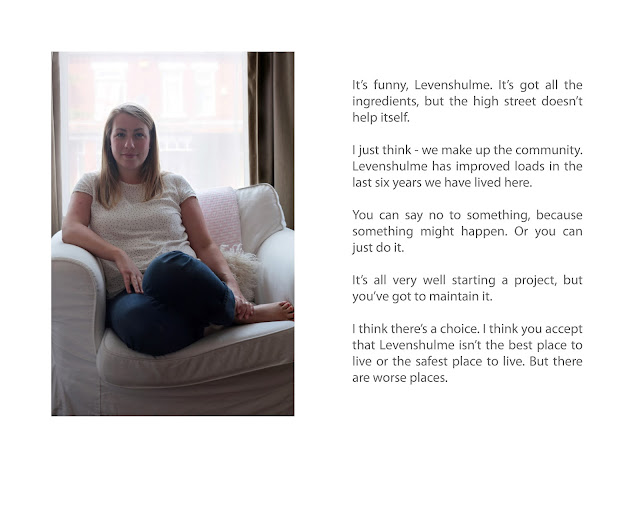 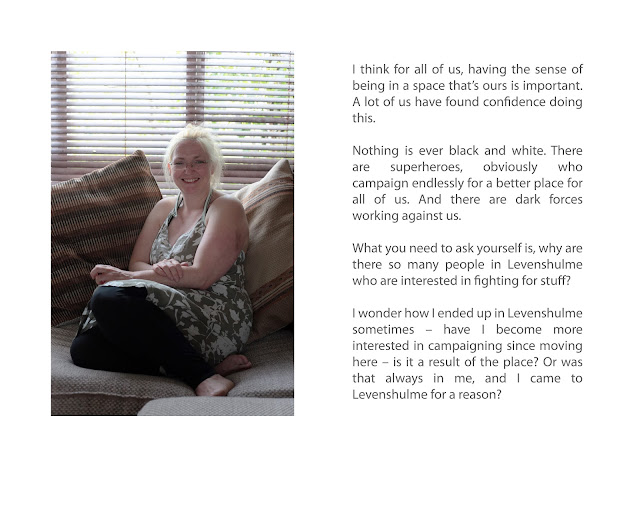 After experimenting with the aesthetics of different frames, I have decided to use a grey gloss frame. I didn't want the traditional look of wood, but I didn't want a harsh black, or white, which would have little impact. 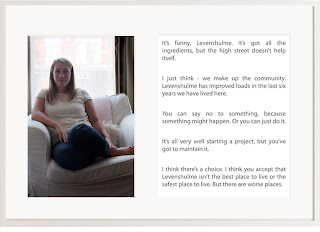 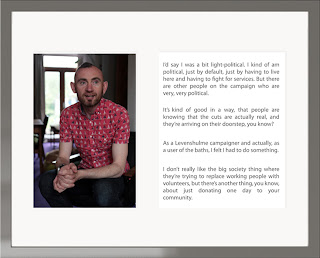 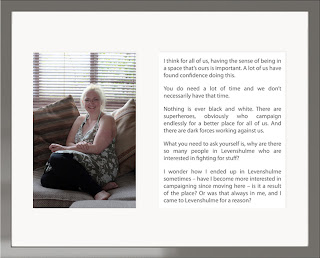 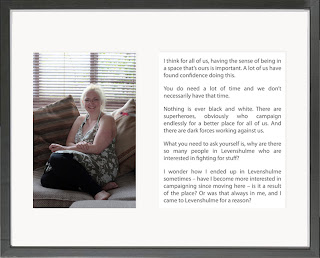 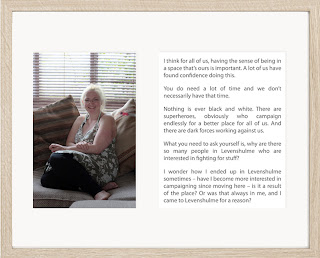 Getting towards a final layout for the zine;

Just a few changes to be made now

I have been rethinking the design of the zine, and realised that I can avoid any sticking if I use this format; 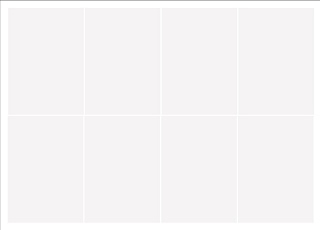 A3 paper, split into 8 sections 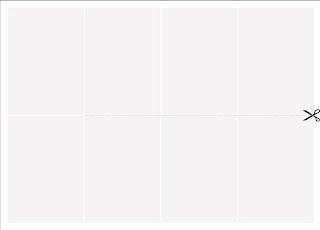 Cut horizontally down the centre, to split three of the sections, leaving the fourth one attached 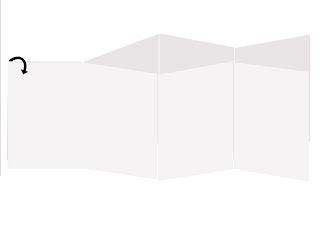 Fold over attached section to create a central 'page' that the other pages emerge from. This will still give a concertina booklet effect, with a front and back page but will save time in making the zines.

on 100gsm A3+ with double-sided printing.
One week lead time. 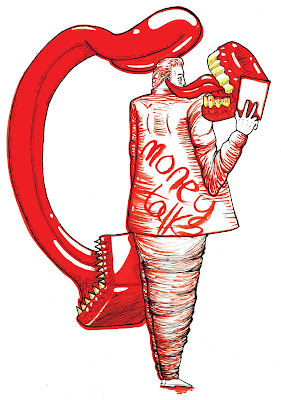 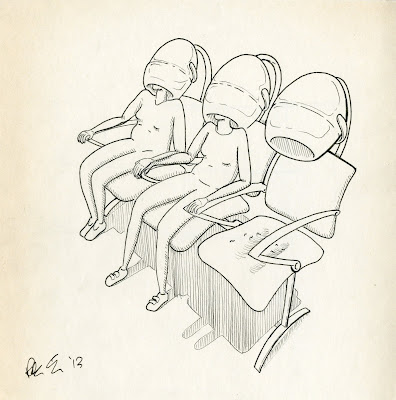 All That We Are

A Nation of Shopkeepers


And Sara has been working with ideas for layout;

Wracking my brain for a zine/blog title. I am terrible at this sort of thing but was trying to link the idea to aspects of Levenshulme in some way. Initial ideas included;

Other potential areas for exploration;

I liked the idea of just using numbers, but realised that would be too obscure - people would not pick up the zine and recognise something in the title. Many of the text titles I came up with felt quite cheesy.
Sara suggested a three-letter name, inspired by a post on Facebook where Levenshulme residents were jokingly inventing three-letter names for shops in the area. Given that much of the later project was built upon this Facebook group (finding subjects, getting information about the area etc) it seemed fitting that the inspiration for the title would also come from here.

LVY
(a shortened version of 'Levy', the affectionate name for the area)
LEV
(the first three letters, but also the train station reference)
LVE
(using letters from the name, this also makes me think of 'live' and 'love')
LVS
(the first letter of each syllable of the name)

After much consideration, I have decided on LVE as the title, with the strapline of 'Live. Love. Lev'

All images and text have been passed to Sara for experimentation with layout. Following a meeting about the design, it was decided that; 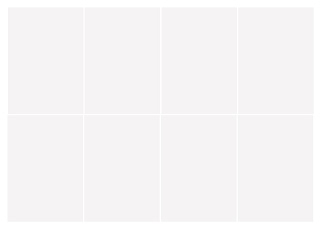 A3 Page
split into 8 sections (two lengths of concertina booklet)

This was a reshoot with Helen, as it was too bright at the market for the first shoot. This time was much better, as Helen was more comfortable and less distracted by the market and I was able to work with the available light.

I interviewed Helen again in order to obtain up to date information about the market. 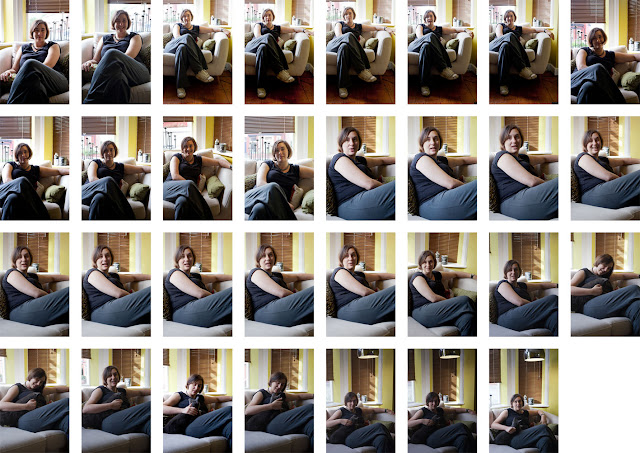 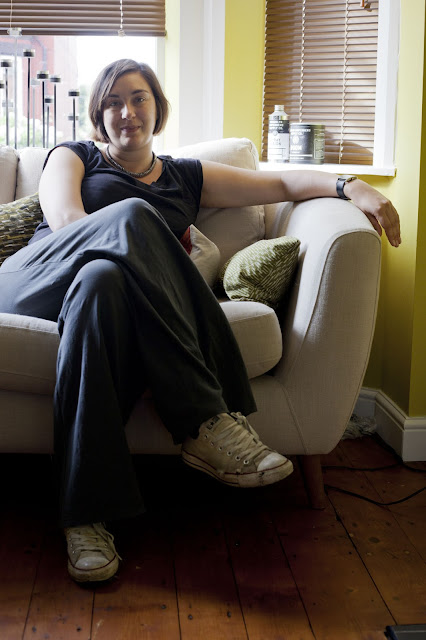 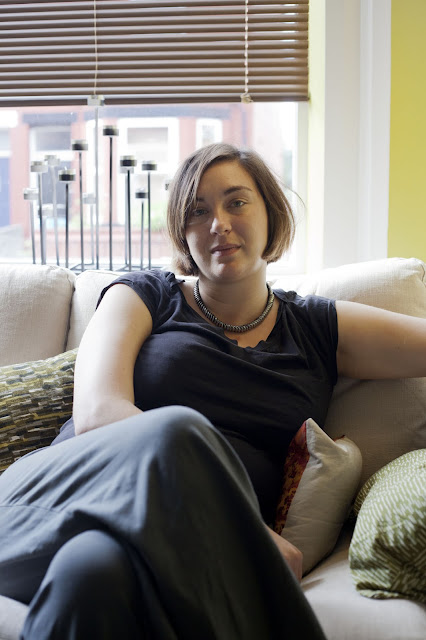 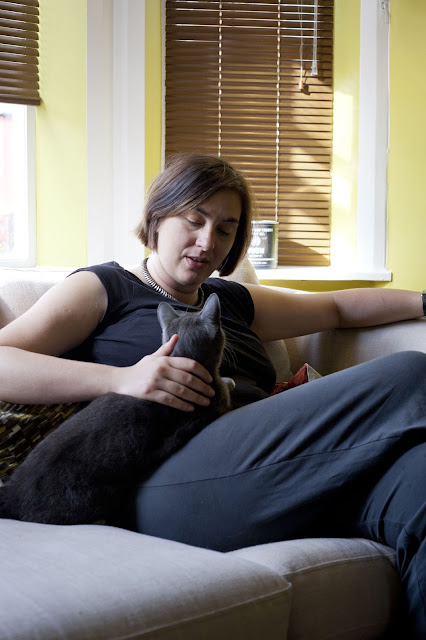 This was the final opportunity for critical summative feedback. I submitted the following text in support of my visual work:

The project documents elements of community in Levenshulme. As the work is about the community, this has led to a desire to produce a zine for the community; this will be a visual and text-based piece about Levenshulme which will encompass the different strands of work from throughout the project. The audience is likely to be primarily young, middle-class people (probably in the creative sector) in Levenshulme, however I also hope that the zine will be picked up by other members of the community – I will try to vary the locations of distribution to encourage this.

Subjects are photographed and informally interviewed about their work for the area. The exact interview method is still being trialled but the recordings/text will contribute in some way to the finished pieces. The work continues to be heavily influenced by Len Grant, and has also taken influence from Rebecca Lupton’s projects on Levenshulme People and The Mothers.

Work will be exhibited as prints accompanied by text (and possibly audio), and will also form part of a zine and website/blog. This will be distributed in shops in Levenshulme, and at the market .

The zine/blog will contain various elements of the work I have produced for the Levenshulme project. They will also contain illustrative work by Peter Swain and me, and will be designed by a graphic designer (Sara Nilsson). We plan to continue producing work for future editions of the zine, to be distributed in Peter’s soon-to-be-opened zine shop/exhibition space on Levenshulme high street.

I have decided not to include any explanatory text as I would like people to consider for themselves what the work is about and leave it to them what they think – whether they view the work as casting a positive or negative light on the area. I do not want to be too prescriptive about people’s experience of viewing the work. I will however, create a title for the front cover that encourages people to pick the zine up, and also gives a brief hint at the content

I have decided on a concertina booklet format for a number of reasons: it will provide a visual representation of the length of the high street – a continuous flow of visual imagery; it is a relatively simple design to produce in practical terms; it offers something a little different to the traditional stapled booklet zine.

I am very excited about the project now and the prospect of collaboration on a long-term publication. The sense of contributing in some way to the community has really helped to make the project more interesting.

You still need to resolve some of the ideas for your exhibition. How you intend to exhibit the text needs further consideration, as it seems to over complicate things. There are some interesting things in your texts but I think you do need to edit the interviews and offer the viewer the edit, the full text could be inline and this could be incorporated in the MA proposal (MACS with blog/ online zine).

The idea of large-scale prints of portraits seems to counter some of the thinking that underpins the project. We suggest you keep your presentation simple consider standard photography scale and framing (16x20, 20x24). This would offer a level of intimacy which larger prints lose. Obvioulsy bring files to feedback and test out the scale.

You have great enthusiasm for your work and this is obviously a long term commitment. Perhaps this is why you have a tendency to over design the work and incorporate so many things. Keep it as simple and straightforward as possible.
You seem slightly confused by who the audience is for the work and who the reader would be for the zine. You use the word community but there is a level of uncertainty as to who this ‘community’ is. Take care you are not trying to speak for everyone, as this is impossible. There needs to be a level of honesty about who you are representing. As a young mother engaging with a community of like-minded creative educated people, you are involved with a very particular group and it would strengthen the project to acknowledge this and focus.
Older Posts Home
Subscribe to: Posts (Atom)

Laura
Studying for an MA Photography at MMU. This is my ongoing journal, mainly documenting a long-term project on the decay and regeneration of Manchester.